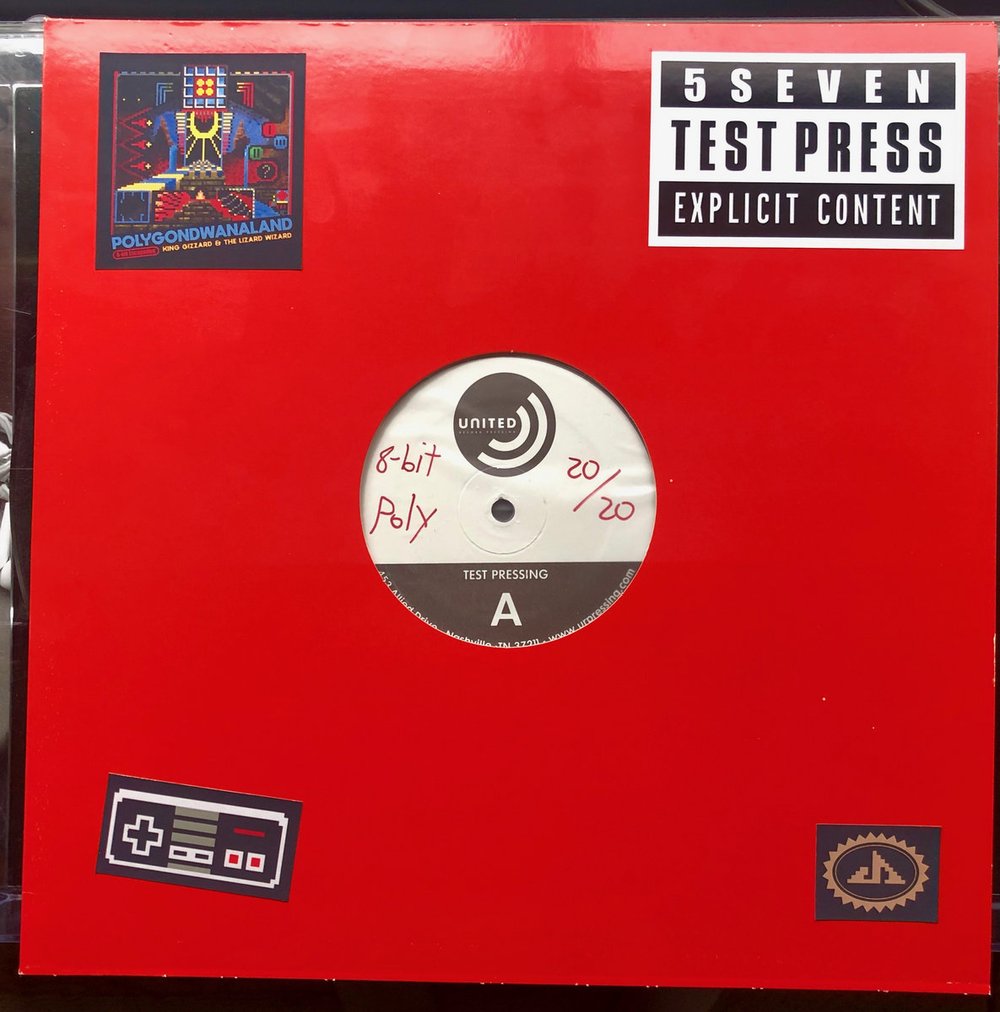 In November 2017, King Gizzard and the Lizard Wizard released an album titled Polygondwanaland. They released this album for free. As in FREE free. Anyone can own it. So 8-bit Escapades decided to release his own version with a new spin on it: an 8-bit chiptune version. We then put it on 12" cartridge grey colored vinyl with custom 8-bit artwork.