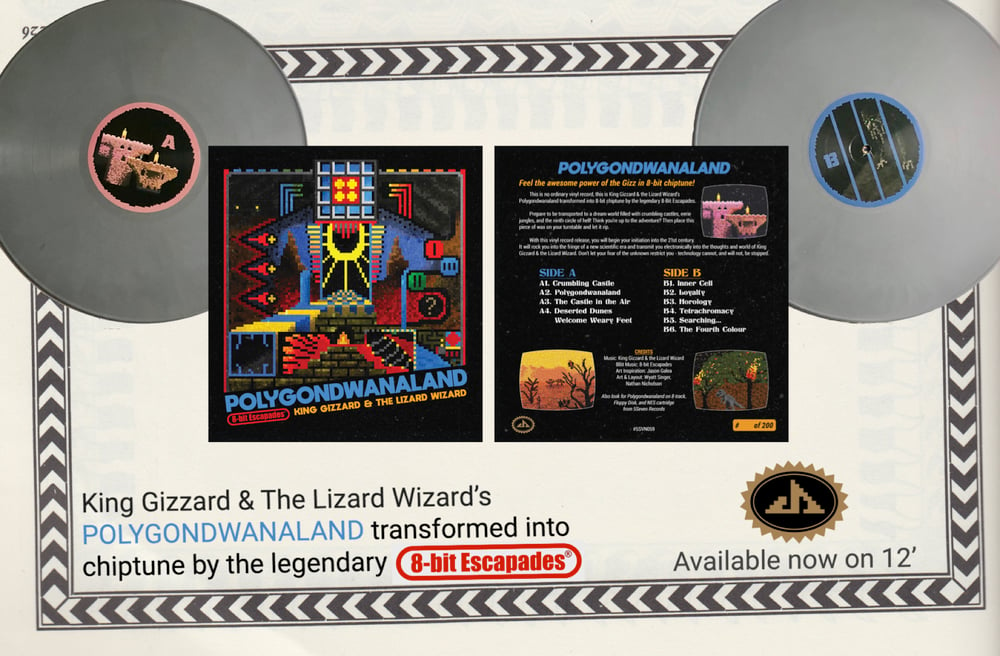 In November 2017, King Gizzard and the Lizard Wizard released an album titled Polygondwanaland. They released this album for free. As in FREE free. Anyone can own it. So 8-bit Escapades decided to release his own version with a new spin on it: an 8-bit chiptune version. We then put it on 12" cartridge grey colored vinyl with custom 8-bit artwork.

- ONLY One per customer, also any duplicate orders to the same address will be cancelled and you will be banned from buying any release from us. We have had plenty of flippers sell on ebay for 10X the price the week after we ship out and FUCK THEM. We try sell our releases our cost, so we dont appreciate flippers trying to make money off all of our volunteers hard work one week after they buy from us.