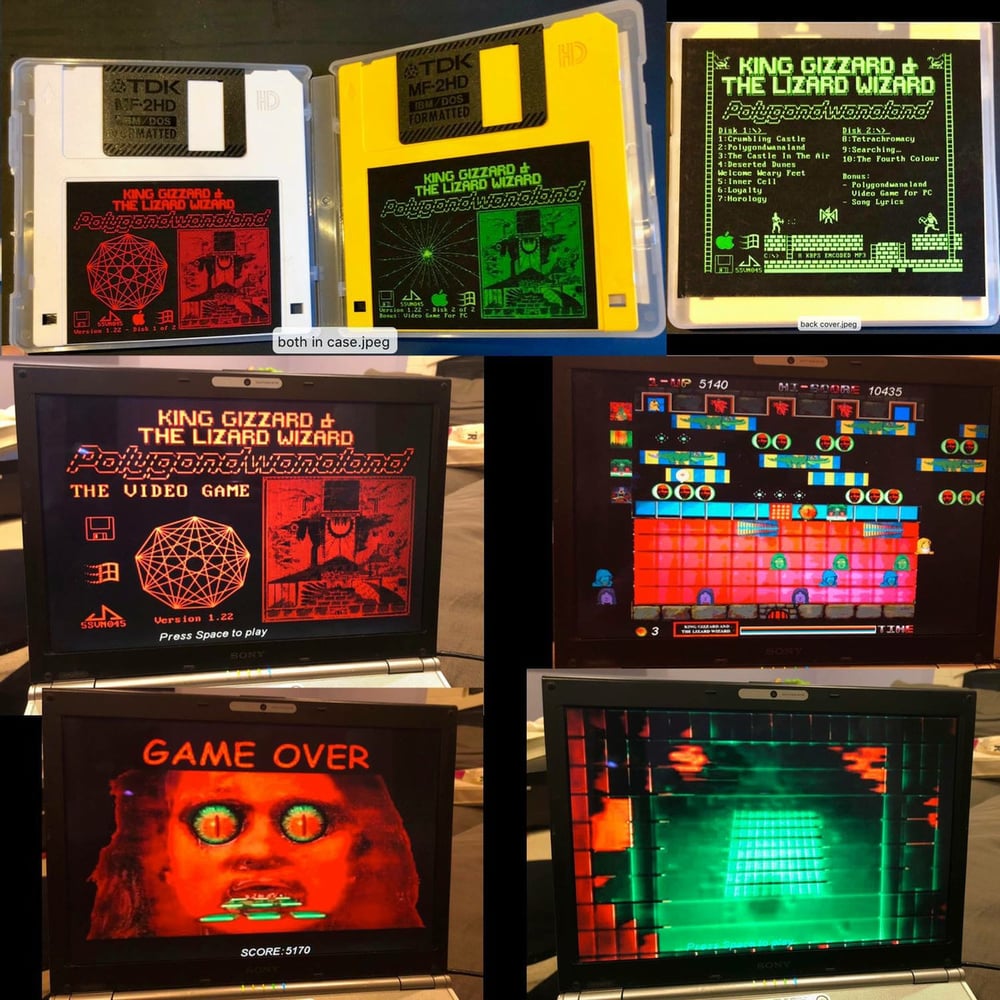 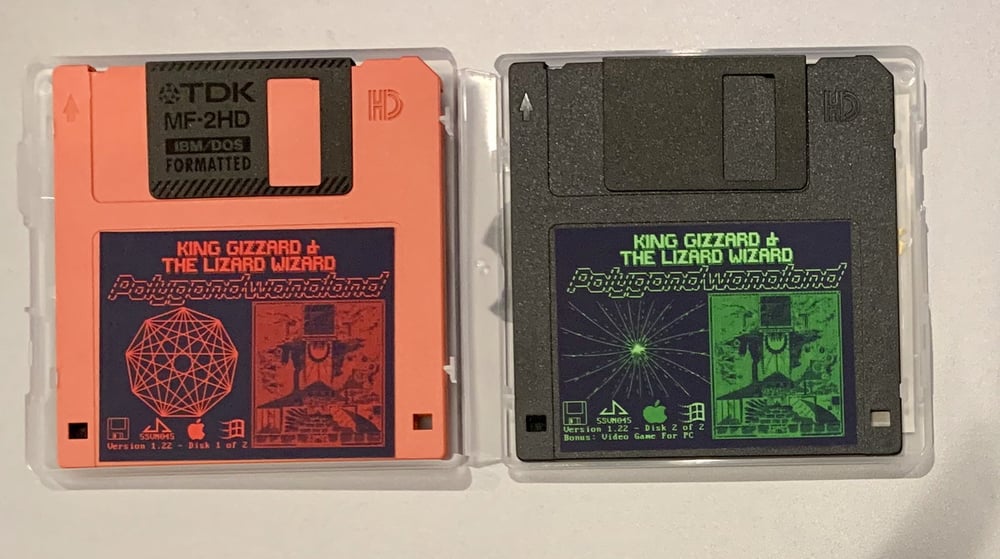 *Polygondwanaland Video Game is for IBM compatible PCs. It is basically like Frogger but Gizz themed. It has some compatibility issues with newer PCs, we aren't sure if the issue is compatibility with 64 bit architecture or what else it could be. But the game runs well on older laptops, which tend to have the floppy drives anyway.

Release Note From Label:
With this Computer Floppy Release, you will begin your initiation into the 21st century. It will rock you into the fringe of a new scientific era and transmit you electronically into the thoughts and world of King Gizzard And The Lizard Wizard. Don't let your fear of the unknown restrict you - technology cannot, and will not, be stopped.